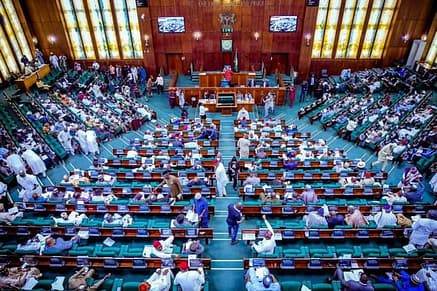 House of Representatives Committee on Power, has directed the Ministry of Power to take concrete actions in solving the current nationwide blackout.

The Chairman of the committee Magaji Da’u Aliyu gave the directive at an interactive session with the ministry over the incessant power outages in the country.

The Chairman, who lamented the lackadaisical and fire brigade attitude of the  Ministry towards power issues, said the ministry should stop postulating theories that do not translate into power supply for Nigerians

The lawmaker added that from all presentations made by the Minister, who was represented by the permanent Secretary Nebolisa Anoka, there was no indication that the Ministry was solving the problems.

The Chairman added that the situation has affected businesses both small and large, with Nigerians desperate for urgent solutions to the problem.

Responding, the permanent secretary enumerated the challenges facing the sector, ranging from low gas supply, low hydro levels, high cost of gas, as well as disequilibrium between power generation, transmission and distribution which led to the collapse of the national grid.

He explained that in response to the serious challenges facing power generation, the Ministry of Power recently hosted an emergency meeting with key stakeholders in the gas-to-power value chain, during which far-reaching resolutions were arrived at on key measures needed to ameliorate the situation.

The lawmakers however accused the Ministry and managers of the power sector of deliberate conspiracy and sabotage to discredit the current administration.

The committee thereafter directed the Permanent Secretary to return on Friday with more practical evidence of intended interventions that would address the problems.